Gorilla Glue Mario Carts have several promising qualities, such as tasty flavors and high-quality cartridges. These vape carts are also referred to as Mario Carts THC cartridges, as they are primarily THC rather than CBD.

As far as design goes, Mario Carts cartridges are basic but there isn’t anything to complain about. For materials: there is the metal mouthpiece, glass tube, inner metal receiver, and metal base.

The metal base contains the rubber housing that holds the coil. On the bottom of the base is the 510 threading that screws right into your choice of battery. The fact that all pieces (except perhaps where the glass tube meets the base) fit together without glue is a big bonus.

Mario Carts vape, THC Cartridges have been gaining a lot of attention recently and rightly so. Precious little is known about this cartridge. The mystery however builds the intrigue that surrounds it. With no official website claiming ownership of the brand, many fakes have emerge.

They have several promising qualities, such as tasty flavors and high-quality cartridges. These vape carts are also referred to as  THC cartridges, as they are primarily THC rather than CBD.

Does Gorilla Glue Mario Carts Give A Nice Euphoria?

There’s no telling whether it is the strain that is harsh or the additive that gives the strawberry flavor. Is it super harsh? No, but it can force an extra few coughs. The taste of the strawberry additive is immediately and strongly apparent.

For instance, the Mario Carts Strawberry Pie cartridge provides an uplifting euphoria. Unfortunately, the Strawberry Pie also tested dirty for pesticides. With so many fakes out there, it is hard to tell if that is a real one or not that was tested.

The one in the test is not the same one used in this review.

In Conclusion, YES it does.

Be the first to review “Gorilla Glue” Cancel reply 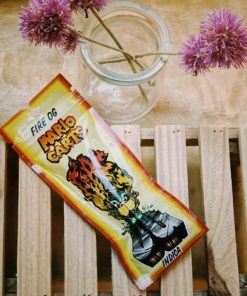 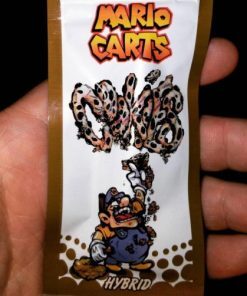 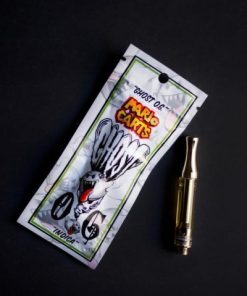 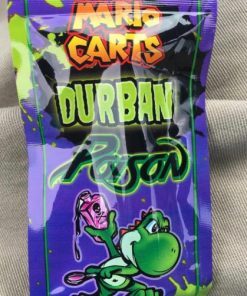 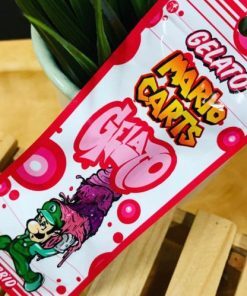